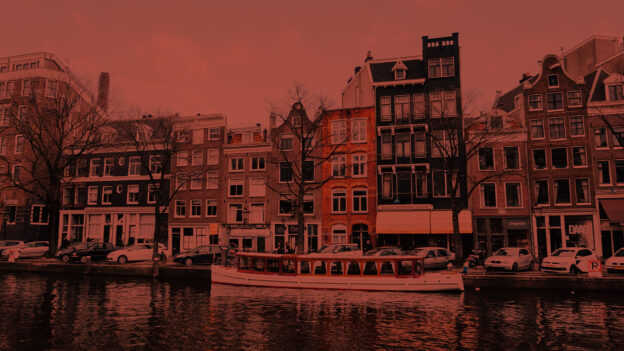 Understanding the VAT & Customs Representation Regime in the Netherlands

Merchants can sign up and purchase fiscal representation through Desucla online.

In the Netherlands we are also authorized to act as a Limited Fiscal Rep whereby Desucla imports goods on behalf of merchants whose products are destined for customers outside of the Netherlands. Desucla can handle the import formalities, duty deferment and the onward supply of goods.

So below you will find a summary of the representations’ environment in the Netherlands covering General Fiscal Rep, Limited Fiscal Rep and Indirect Rep.

A general fiscal rep is not mandatory in the Netherlands but it is required if a merchant wants to avoid paying import VAT at the point of import. In order to do this the merchant needs what is called an Article 23 Licence which enables merchants to avoid the cashflow costs of paying VAT at the border.

Article 23 does not cover Customs duties so these have to be paid at time of import or deferred during the month and then paid after month end in a lump sum. In such cases a bank guarantee or financial deposit is also required which is commensurate with the expected liability and is normally negotiated by the fiscal rep on behalf of the merchant.

It should be noted the paperwork produced by some shipping companies does not easily admit this as a possibility so it may be their systems cannot work with a non-EU company using a Dutch address unless there is an indirect rep in place.

A Limited Fiscal Rep is a very different beast and can only be used to assist merchants who want to import goods into Netherlands but only where the goods are destined for a country that is not Netherlands (typically another EU state). This means that a merchant does not need its own Dutch VAT number to import into the EU. So long as it has a VAT number elsewhere to which the goods are despatched then import into the EU can be made with a Limited Fiscal Rep acting on behalf of the merchant.

In this case of course the Limited Fiscal Rep can be appointed and actually becomes part of the supply chain. Once a rep is appointed it becomes the importer and onward supplier of goods to the merchant. Desucla is authorised to act in this capacity for both EU and non-EU merchants.

Limited Fiscal Rep VAT numbers have a special suffix which informs the Dutch TA that we are acting in that capacity. Once imported Desucla makes an onward supply (“zero rated”) of the goods back to the importing merchant. Desucla Netherlands has an authorisation to act as a Limited Fiscal Rep and has an Article 23 licence in place for its appointments. Desucla Netherlands has a duty deferment account also in place to support these transactions.

An indirect rep is a form of customs representative. Under the EU customs code an importer may not import into the EU unless it is established there. Desucla can act as indirect rep but for reasons given above it is rarely required in the Netherlands as a fiscal rep will often suffice.

Note than an indirect rep is the declarant of the import and not the importer of the goods – the indirect rep vouches for the imports made by the non-resident merchants. Desucla Netherlands is authorised by the Dutch Tax Authority to act as indirect rep.

The process is typically very quick in that a Letter of Appointment is all that needs to be issued in order to create the indirect rep relationship.

The problem with indirect reps comes with the unwillingness of shipping companies to work with them. Many of the shipping companies fear the migration of liability to their own operations which makes this form of representation unattractive to them. Alternative routes are almost always preferred.

This is a part of a regular blog we are beginning at Desucla on matters of interest relating to trade, tax and customs in Europe.

One of issues we get a lot of questions on is Representation in the Netherlands which is the most complex but also potentially most useful regime I think in Europe.